Stockwell has a long and fascinating history. See our Links page for suggestions of good history sites to visit.

A short history of Stockwell by Jim Nicolson

c1285 The manor of South Lambeth was divided to form Stockwell and Vauxhall Manors.
1523 Sir John Leigh, Lord of the Manor, built the first Stockwell Chapel.
1555 Queen Mary 1 granted Stockwell Manor to Viscount Montagu in recognition of his services during the rebellions of the Duke of Northumberland and Sir Thomas Wyatt.
1683 Part of the Manor was sold to John Howland, whose daughter Elizabeth married the Duke of Bedford. Her dowry included land near the present Landor Road.
1767 Church of St Andrew, Stockwell Green, built on land given by Duke of Bedford (the oldest church in Lambeth after St-Mary-at-Lambeth).
1802 Manor of Stockwell sold at auction.
c1840 First houses in Stockwell Park Road and Crescent built.
c1860 Ernest George, architect, lived in Albert Square whilst a student. He was President of RIBA 1908-1910 and Sir Edwin Lutyens was one of his pupils.
1862 Brixton railway station opened under its original name of Brixton & South Stockwell.
c1870 Stockwell Orphanage built by Charles Spurgeon, Pastor of the Metropolitan Tabernacle (Stockwell Park School now occupies the site).
1873 Vincent van Gogh lodged at 87 Hackford Road.
1878 The poet Edward Thomas was born at 14 Lansdowne Gardens. He fought in the Great War and died at Arras in 1917.
1890 Stockwell Station on the new City and South London Railway opened by the Prince of Wales on 4th November.
1921 Stockwell War Memorial and Clocktower erected. Funds were raised by public subscription and the land gifted in perpetuity. Today the main act of Remembrance for the people of Lambeth is held there.
1927 Roger Moore born on 14th October at the Annie McCall Maternity Hospital in Jeffreys Road. His family lived in Aldebert Terrace and later in Albert Square. He attended Hackford Road Elementary School (now Durand School).
1931 Lilian Baylis, manager of the Old Vic Theatre, acquired the Saddlers Wells Theatre as avenue for opera and ballet. She lived in Stockwell Park Road where she died in 1937.
1942 Deep air-raid shelter tunnels constructed next to Stockwell Station. They were not opened until July 1944 by which time the blitz was over, and were originally also planned to be part of an express Northern Line.
1945 Violette Szabo, a British agent working in France during the Second World War, was arrested and shot as a spy in Ravensbruk prison. She had lived in Burnley Road and was posthumously awarded the George Cross.
1948 SS Windrush brought 500 West Indian immigrants to Britain, many of whom were accommodated in the deep shelter tunnels between Stockwell and Clapham South.
1950-54 Stockwell Bus Garage built. Its reinforced shell concrete roof on nine arches covers 73000 square feet and at the time was the largest single span roof in Europe.
1974 Work on Larkhall Park started and was finally completed in 1981.
1980’s Jerry Dammers, the musical brains behind The Specials, lived in Stockwell for
many years
1990’s Acid and ambient house pioneers The KLF recorded many of their tunes at
Trancentral, AKA 55 Jeffreys Road. Following worldwide chart success, they moved to St. Michael’s Road.
1996 Stockwell Partnership set up.
2002 Current well known Stockwell residents include Joanna Lumley, Will Self and Gordon Ramsey.

Stockwell: The centre of tea smuggling in the 18th Century

Can you imagine a tax on a cuppa – our most sacred drink?

Tea used to be highly taxed, running at 119 per cent of the price of the goods. But who would think of attacking our national drink? None other than the merry monarch, King Charles II. Fearful of the political intrigues that took place when people met in the beverage houses of London to drink tea and coffee, the government of the day decided a tax would prevent this. So in 1676, the humble cup of tea felt the heavy hand of the taxman. However, the people loved the drink. No tax would stop the sipping of a cup of tea. A black market in the leaf soon developed and bootlegging became a part of everyday trading.

Tea was so popular that big money could be made illegally, while pretending it was free trading. By the early 18th century the smuggling of tea into the country had become big business.

Much of it came from Holland and was distributed from the south coast of England along a network of secret routes to the main market in the capital. The smuggling involved hundreds of people, usually organised in gangs. Ruthless in their pursuit of profit, all opposition to their smuggling was normally met with violence.

Naturally London was the biggest market. With its fashionable and wealthy society, it was the centre of the official tea trade. But many of these dealers were not above working with the smugglers, meeting with them secretly in Lambeth at the small village of Stockwell to strike deals. Here among the cottages lay a number of warehouses, owned or leased by the smuggling gangs, where tea was stored awaiting the dealers. The smugglers’ route to Stockwell ran across Clapham Common, then a wild and unfriendly place and, on a Thursday in 1743, Custom and Excise officers were tipped off about a gang that would be crossing the common with horses loaded with tea.

The armed revenue men lay in wait to ambush the gang. The smugglers – said to number more than 20 – arrived and stood their ground when confronted by the revenue men. Outnumbered, the officers retreated as the smugglers fired their guns and moved on with their contraband, cheering as they went.

The smuggling of tea into London continued until the mid-18th century when the tax was dropped to popular acclaim. It established the cuppa as our national drink.

This article has been reproduced with the kind permission of Jon Newman of Lambeth Archives. Lambeth Archives is a treasure house of local and family history. Lambeth Archives hold a huge number of photographs that are available on their website www.lambethlandmark.com If you want to find out more about your history you can visit Lambeth Archives at the Minet Library, 52 Knatchbull Road, SE5. call 020 7926 6077 or email archives@lambeth.gov.uk

Who Moved Stockwell? – Alan Piper of the Brixton Society investigates 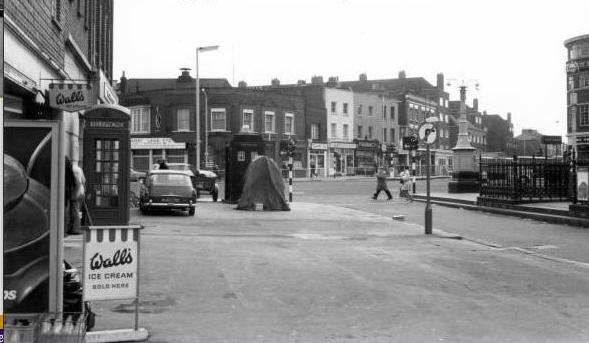 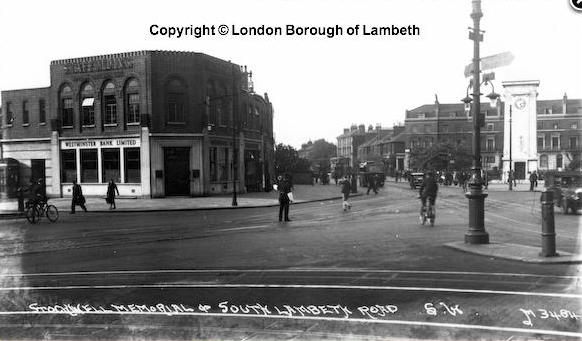 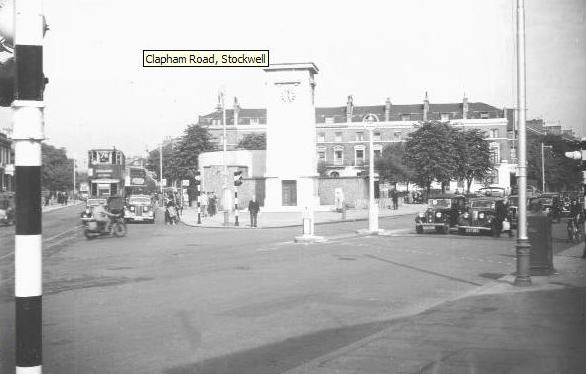 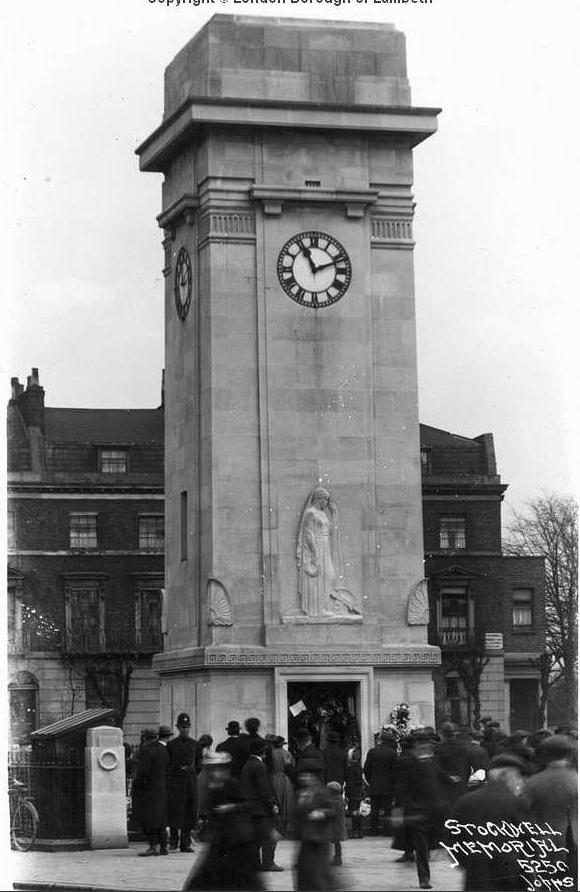 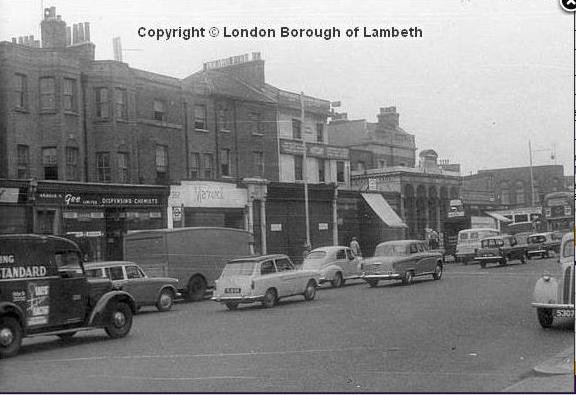 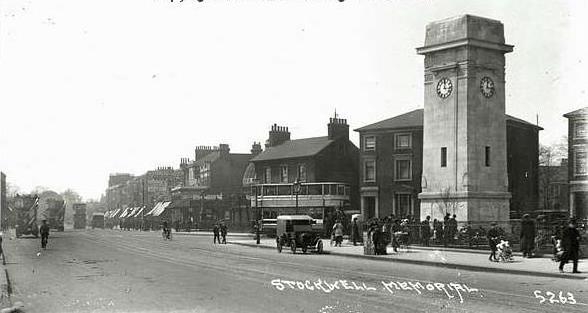 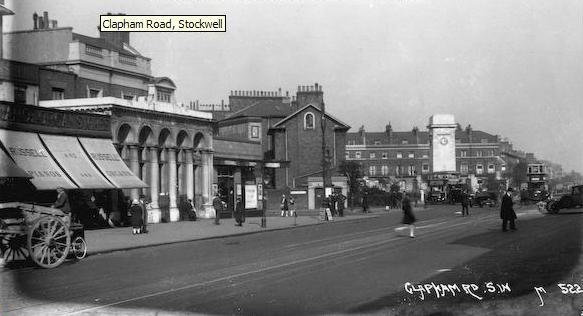 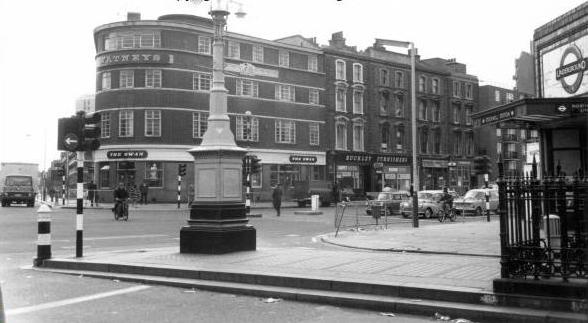 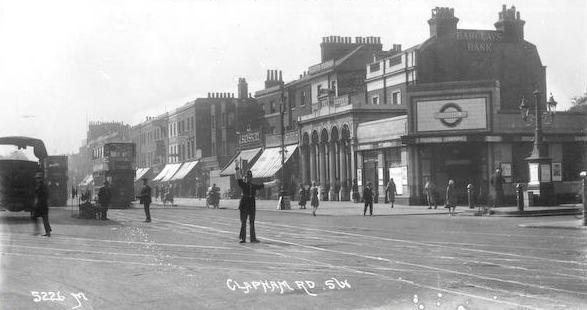 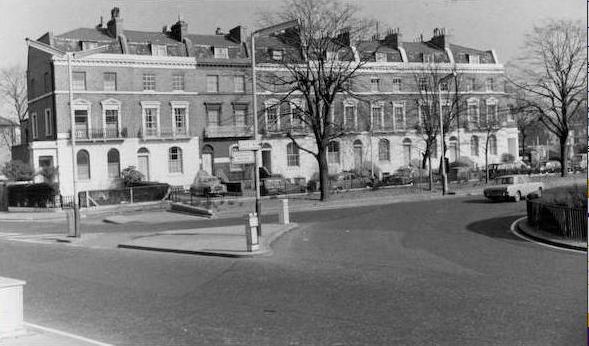 2 Excerpts from Home Ground, Summer 2004 – thanks to Elaine Kramer

In 1629 John Tradescant and his family moved into an Elizabethan farmhouse
on three acres of land, occupied today by The Estrela and Almonda
cafes along South Lambeth Road. He established a botanical garden in the area
now marked by Tradescant Road, Meadow Place and Walberswick Road.
The Tradescants were best known for their gardening,
and the father was gardener to Charles I. John and his
son introduced many plants into England. We have
lilac, magnolia, poppies, asters, the scarlet flowered
runner bean, cos lettuce, and the climbing plant
Virginia Creeper because of their passion. They loved
everything exotic and were the first to grow fruits
such as, apricots and nectarines in England.
They travelled all over the world collecting plants,
shrubs and trees to grow in their garden in Stockwell.
And their enthusiasm, combined with an interest in
strange curiosities, led to establishing Musaeum
Tradescantianum, the first museum open to the public.
It exhibited a collection of unusual objects, related to
natural history and ethnography.
The museum was known as Tradescant’s Ark and
became very popular, attracting visitors such as
Charles 1 and Samuel Pepys. The collection’s fame
spread to the continent and was recommended
visiting for every schoolchild in England.
Historical records say the Ark contained a “cabinet of
curiosities”. Strange descriptions by visitors refer to
“the hand of a mermaid, a goose which has grown in
Scotland on a tree”. More recognisable were items
like an ape’s head, a flying squirrel, a pelican, Indian
arrows, the robe of the King of Virginia, and a girdle
“such as the Turks wear in Jerusalem”.
The collection came to the notice of another famous
local, Elias Ashmole. He was also a great collector, and
a founder of the Royal Society, and became great
friends with the Tradescants. But, the friendship
ended abruptly when Ashmole persuaded Tradescant
junior to sign over the collection to him. It’s rumoured
Elias had taken advantage of a drunk John. However,
Tradescant immediately regretted the gift, tearing up
the deed and taking Ashmole to court, But, the gift
was declared valid.
John’s widow, Hester, inherited the collection in 1662.
She lived for many more years, under huge pressure
from an increasingly obsessive Ashmole eager to own
the collection. The inheritance finally came to him after
Hester Tradescant was found drowned in her garden
pond, the speculation being she’d committed suicide.
Ashmole gave the collection to Oxford University in
1691 establishing the Ashmolean Museum. A small
part of the original collection can be seen as ‘the
Tradescant Rareties’ on the Museum’s first floor.
In 1977 The Tradescant Trust was founded at St Marys
Church Lambeth, establishing the Tradescant Centre,
now The Museum of Garden History, the first of its
kind. It features a knot garden, of unique historic
interest, using many of the plants the John
Tradescants’ would have grown. The garden also
contains the Tradescant family tomb, covered in
carvings representing their interests.
The Museum of Garden History, Lambeth Palace Road,
London SE1 7LB. For more information about the
museum phone: 020 7401 8865, or email
info@museumgardenhistory.org.
Stockwell and pineapples
According to legend, the first pineapple grown in this
country was in Stockwell. But, this wasn’t the case.
However, the pineapple and Stockwell have many
connections…It’s possible it was assumed Stockwell was the UK
birthplace, because of gardening locals, John
Tradescant and son. John was the first royal gardener
in the 1600’s, and the family had displayed a dried
pineapple at the museum in their home off the South
Lambeth Rd, opposite the present Tate Library.
The pineapple theme is evident on Lambeth Bridge.
When the bridge was erected in 1932 four golden
pineapples on obelisks were placed as a sign of
welcome to ships sailing up the Thames, and are still
there today.
In the early settler days in the United States a
pineapple was placed in the centre of the table
as a sign of welcome to guests. The symbolism
was such that whichever bed had a
pineapple carved on the bedstead, even if it
belonged to the head of the household, was
offered to the guest. Christopher Columbus
brought the first ‘pine of the Indies’ to Europe
from the Caribbean in 1493. It was not until the
restoration of the monarchy that King
Charles 2 was presented with a pineapple cultivated

in this country by John
Rose, probably at Dorney court near Royal
Windsor, in about 1661. The pineapple then
became a symbol for the whole of the Restoration.
Pineapples and the sea have always had strong links.
During the 18th century captains of ships would
announce their arrival home by impaling a pineapple
on their front gate. It’s possible famous local, Captain
Bligh, who lived opposite the Imperial War Museum,
may well have followed the same custom. To this day
small metal pineapples can be seen at the entrance to
his home.
Pineapples are seen as a symbol of hospitality in many
countries, including America and the Caribbean. With
that history, and the local connections, it seems
appropriate Stockwell, which embraces many
nationalities and visitors, should celebrate the fruit

Excerpt from Home Ground, the community magazine for residents
of Hyde Southbank Homes and Stockwell Summer 2004

Click here for more info on the next Stockwell Forum

Our news service includes details of local education and training courses, employment opportunities and social events. To receive regular updates email john@stockwell.org.uk with "Stockwell Updates" in the subject line and we'll add you to our circulation list.